ava
James Corden and "No Time To Die" star Daniel Craig take us on a journey through 24 of Hollywood's biggest movies of all time, one scene at a time, all in 10 minutes. With special cameos from Christopher Lloyd and Geena Davis, watch as they recreate iconic moments from Jurassic Park, Indiana Jones, King Kong, Speed, Fast & Furious, Grease, Back to the Future, Gone with the Wind, Pulp Fiction, The Exorcist, The Godfather, Gladiator, The Avengers, Jaws, Titanic, Avatar, E.T., Thelma & Louise, Star Wars, Batman, Harry Potter, Lord of the Rings, Dirty Dancing and Daniel's last reprise of James Bond in "No Time To Die." 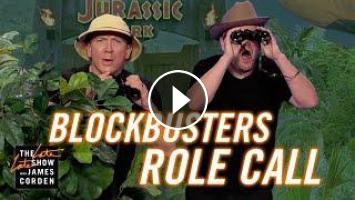 James Corden and "No Time To Die" star Daniel Craig take us on a journey through 24 of Hollywood's biggest movies of all time, one scene at ...