5 Times When: The Couch Got Musical

5 Times When: The Couch Got Musical 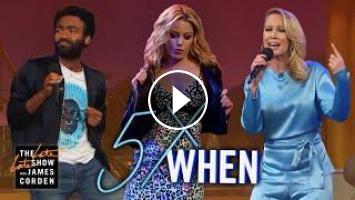 In celebration of five years of The Late Late Show, we're looking back at five times when interviews transformed into song and dance, featuring Donald...