ava
James welcomes his guests Adrien Brody and Zazie Beets to the show, both alumni of LaGuardia Arts High School which unfortunately wasn't like a "Glee" episode every day. And after Zazie gives James a deep dive on ASMR, James asks Adrien about appearing in this season of "Succession" and whether his character will return. 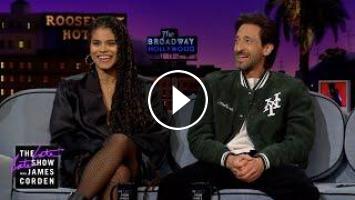 James welcomes his guests Adrien Brody and Zazie Beets to the show, both alumni of LaGuardia Arts High School which unfortunately wasn't like a "...