Ma's recent visit to the Asian financial hub was his first in a year, a source revealed.

Ma has been keeping a low profile ever since Chinese regulators pulled the plug on what was to be the record setting $37 billion IPO for his Ant Financial group, seen by many as retaliation for a speech he gave last October, in which he criticized China's financial regulators.

Ever since then, speculation has swirled about his where-abouts as the camera-friendly, outspoken entrepreneur seemingly went underground with just a limited number of public appearances in mainland China. 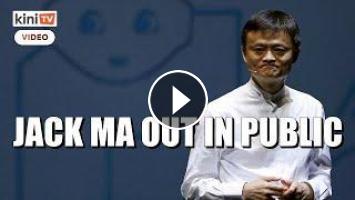