ava
James Corden connects with his friend Ben Platt and asks him about the ways he's tapped into his creativity during quarantine, including a collaboration with Finneas. And Ben gives James a test question from one of his legendary trivia nights. 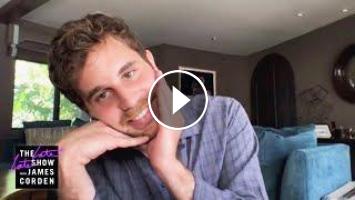 James Corden connects with his friend Ben Platt and asks him about the ways he's tapped into his creativity during quarantine, including a collaborati...