ava
James asks Billie Eilish about playing her first ever headline show for 130 people and Billie remembers pulling up to the venue and being confused that someone was already in line waiting for her - her first fan! 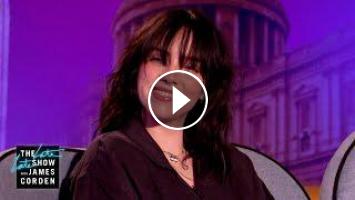 James asks Billie Eilish about playing her first ever headline show for 130 people and Billie remembers pulling up to the venue and being confused tha...