ava
James welcomes guests Tracee Ellis Ross and Sosie Bacon to the show and asks if Sosie’s parents, actors Kevin Bacon and Kyra Sedgwick, gave her any Late Late Show advice. James then congratulates Tracee on her recent 50th birthday, an occasion she celebrated with several gorgeous costume changes. For Sosie’s 30th birthday she gifted herself a belly button piercing and a renewed sense of confidence. James reveals his only tattoo and the various interpretations of its meaning. Then, Sosie explains her role in the recently released scary movie, “Smile”. 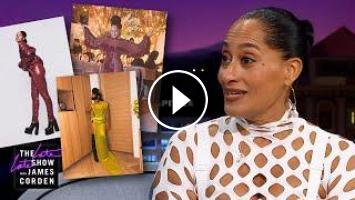