ava
James Corden connects with his friend Bob Odenkirk, who is hanging out in his son's room that he's commandeered. And James asks Bob about filming the final season of "Better Call Saul" and Bob becomes emotional reflecting on how he's come to love the character that changed his career and life. And the "Nobody" star talks about his role as the unsuspecting hero. 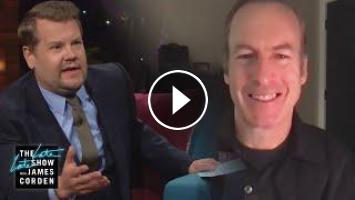 James Corden connects with his friend Bob Odenkirk, who is hanging out in his son's room that he's commandeered. And James asks Bob about filming the ...