Brian Tyree Henry Is with 'Atlanta' In London

ava
James Corden connects with Brian Tyree Henry, who is enjoying the great indoors of London - where is shooting the next season of "Atlanta." And after he tells James how he doubled as a member of the marching band and the mascot in high school, he explains how a "cashmere bouquet"-scented bar of soap has turned into a 10-year joke with his best friend. And Brian talks about his role in "The Outside Story."

Brian Tyree Henry Is with 'Atlanta' In London 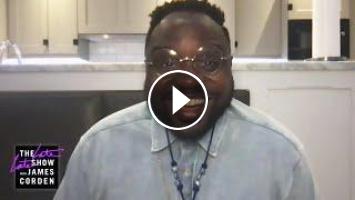 James Corden connects with Brian Tyree Henry, who is enjoying the great indoors of London - where is shooting the next season of "Atlanta." ...