Added 4 years ago by admin
76 Views
Every once in a while we have an opportunity to do something we never though we'd ever do. While in Las Vegas we decided to get behind the wheel of a Ferrari, Lamborghini and Porsche to take them for a spin. Aside from it being an adrenaline rush we couldn't believe we were driving such fancy cars. The type of vehicle we'd only dream of ever owning unless we won the lottery. I suppose that's what Vegas is all about in many ways - living out a fantasy for several hours. Regardless, it was definitely one of our favorite things to do in Las Vegas.
Check out my sweet ride! Test driving a Lamborghini, Ferrari & Porsche in Las Vegas Travel Script:
Alright, so this morning we are at Wold Class Driving here in Las Vegas and we are going to be test driving some luxury cars. Feeling the need for speed? Oh, yes!
Well, hello hello there. I'm starting out in the Porsche. Ooh La Lah.
How are making out so far? Fantastic. I'm a natural guys. I think for my next birthday Sam should buy me a luxury car. Let's win the lottery.
Right now we are arriving at Lake Mead National Park.
So it is time to switch over to car number two. We've just stopped here at the National Park. We're going to get some shots of the scenery and keep driving.
Let's get your cars into gear. Everybody ready? Follow me starting with the Lamborghini first. Lamborghini time, are you ready? I sure am.
And last but certainly not least we've got the...
I'm driving a Ferrari baby.
That was a pretty awesome experience. I ended up driving three different luxury cars. There was the Porsche, the Lamborghini, and the Ferrari and we got to feel the speed in those babies.
So out of the three cars which was your favorite? I think I might choose the Porsche just because it was very smooth and easy car to drive. The other ones were a bit harder manlier. So you like that more than the muscle cars? Yeah, but it was a lot of fun. Highly recommended.
This is part of our Travel in the United States series. We're making a series of videos showcasing American culture, American arts, American foods, American religion, American cuisine and American people.
Proudly presented by: &
All photos and video taken by Samuel Jeffery (Nomadic Samuel) and Audrey Bergner (That Backpacker).
Music in this video courtesy of Audio Network 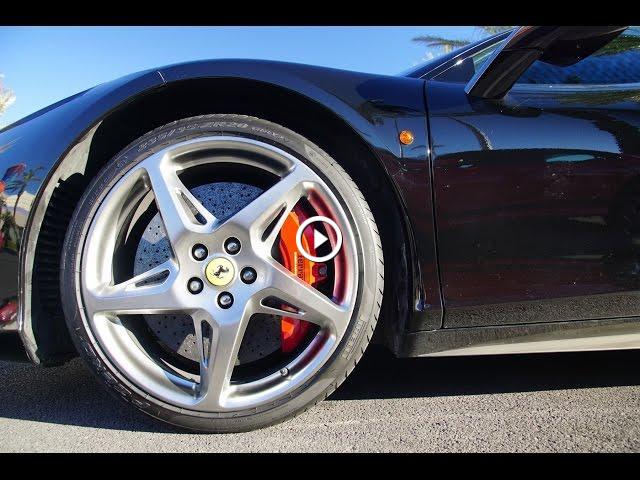 Every once in a while we have an opportunity to do something we never though we'd ever do. While in Las Vegas we decided to get behind the wheel of a ...