ava
James Corden welcomes Dakota Johnson to Stage 56 and she arrives in a stunning dress, excited to be out and about. And the "Our Friend" star tells James about growing up a fan of the Spice Girls, and how she almost has a photo from the time she was able to meet them. And the two debate what number of tattoos makes you a fiend. 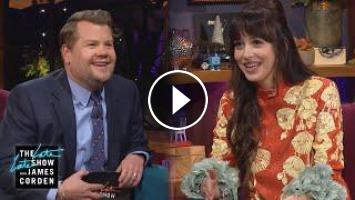 James Corden welcomes Dakota Johnson to Stage 56 and she arrives in a stunning dress, excited to be out and about. And the "Our Friend" star...