ava
James Corden pays tribute to music producer Hal Willner, who recently passed away due to complications from COVID-19. Rest in peace, Hal. 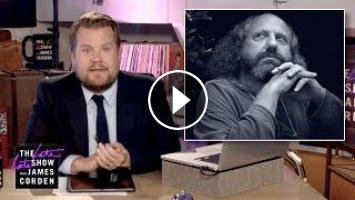