ava
James Corden welcomes Jason Schwartzman to Stage 56 and Jason immediately makes himself at home, explaining he isn't ready to be fully immersed back into society. After Jason tells James how introducing his daughter to Carpool Karaoke backfired, the "Mainstream" star recalls how he got himself into a pickle at a music store after breaking a drum machine. 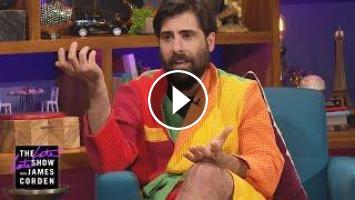 James Corden welcomes Jason Schwartzman to Stage 56 and Jason immediately makes himself at home, explaining he isn't ready to be fully immersed back i...