Added 1 week ago by admin
9 Views
More Celebrity News ►►
It looks like 2020 might not be starting off on the right foot for Jessica Biel and Justin Timberlake. Jessica reportedly still has reasons to be upset with Justin after those PDA pictures with Alisha Wainwright went viral.
What’s up? It’s Emile Ennis Jr. here with Clevver News and it looks like a couple months was not enough time for Jessica Biel to fully move past Justin Timberlake's PDA scandal with his costar, Alisha Wainwright.
Which is totally understandable, I mean anyone would lose trust after seeing their S-O out and about showing PDA with another person like this.
And in case you don’t remember the context of that photo, Justin and Alisha were photographed holding hands during a night out together in New Orleans on November 21st.
They were down in New Orleans filming their upcoming movie ‘Palmer.’
The co-stars were seen laughing and talking with one another, and at one point, Alisha seemed to stroke Justin’s knee, despite the fact that he is very much married to Jessica.
Paparazzi photos of the moment went viral because Jessica and Justin have been a Hollywood staple since they got married back in 2012.
A source told Us Weekly at the time that the co-stars are just friends and nothing more. But Justin also took to Instagram to post a lengthy apology to Jessica and their family.
He said quote, “A few weeks ago I displayed a strong lapse in judgment — but let me be clear — nothing happened between me and my costar. I drank way too much that night and I regret my behavior. I should have known better. This is not the example I want to set for my son. I apologize to my amazing wife and family for putting them through such an embarrassing situation, and I am focused on being the best husband and father I can be. This was not that.”
But even after that post, according to sources by late December, Jessica "still had her suspicions" about Justin possibly cheating.
A source said quote, “Jessica is still in a place where she’s very hurt and upset with Justin. She hasn’t fully forgiven him and isn’t letting him off easy.”
And apparently she made a point to closely monitor his phone activity. And we all know that things aren’t good when they get to that point.
E! News also reported that Justin quote "felt terrible that this happened and for putting Jessica through the public scrutiny. He knows she doesn't deserve any of this and that he messed up. He hopes by addressing what happened and apologizing to her publicly that they can put this behind them and start to move on."
Now a couple months later, according to an Us Weekly source, Jessica is reportedly "still upset" with Justin over everything.
And it’s not just because of those PDA photos, but because he's not following through on some promises that he made to her after those pics surfaced.
The source said quote, “He has been making big promises and not sticking to them as much as she thinks he can and should. He promised that he would be more involved with their family and she doesn’t feel like he’s doing that.”
But some sources say that Justin and Jessica are actually in a much better place now. They are reportedly just doing their best to work on their relationship.
Another source told Us Weekly that quote, “Jessica and Justin are not in a tense place at all.”
So take that for what you want!
And it seems like that could be true because Jessica and Justin were just spotted in public together last week for the first time since the scandal broke.
And The Sun reported that everything looked pretty good on the date.
They said quote, “Justin seemed to be intently focused on conversation with Jessica. He was extra attentive, rubbing her shoulders and leaning in to her and they ate off each other’s plates as they engaged in conversation.”
But the source also said that there were quote, “a couple of times when it seemed the conversation was a bit tense with both looking deep in thought.”
I mean I guess that could’ve been about anything though.
But I want to know what you guys think about all of this.
Do you think Justin and Jessica are still working through the PDA photos scandal? And would you forgive your boo if you saw sketchy photos like that?
Let me know down in the comments below.
Then be sure to hit that subscribe button right and the bell to get notified everytime we post! When you’re done with that, click right over here for a brand new video and give this video a thumbs up.
Thanks for hanging out with me here on Clevver News, I’m Emile Ennis Jr. and I’ll see you next time!
For More Clevver Visit:
Find us on Facebook:
Keep up with us on Instagram:
Follow us on Twitter:
Tweet Me: 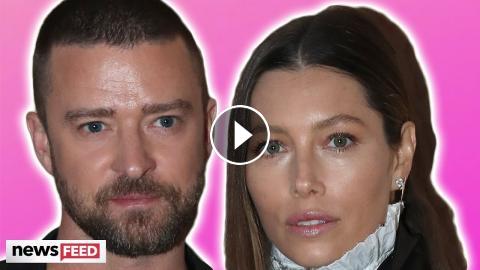 More Celebrity News ►► It looks like 2020 might not be starting off on the right foot for Jessica Biel and Justin Timberlake. Jessica reportedly still...