ava
James Corden kicks off the show recapping President Joe Biden's first joint address to the Congress, and the conversation turns to the group's inability to do an American southern or Boston accent, but they've got that New York accent down, baby! And should James be cast as Samantha in the "Sex and the City" reboot? 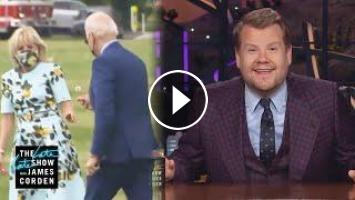 James Corden kicks off the show recapping President Joe Biden's first joint address to the Congress, and the conversation turns to the group's inabili...