Kylie Jenner’s ex-BFF Jordyn Woods is in a much better place following last year’s scandal as she talks ‘success’ and what that means to her, but she might’ve just shaded Kylie while doing so… What’s up guys, it’s Sussan Mourad here for Clevver News, and can you believe it’s been an entire year since the whole Jordyn Woods and Tristan Thompson cheating scandal all went down?If we’re being honest, it truly is hard to forget something that major, but it seems as though Jordyn has been able to put the past in the past and move on from the trauma.Jordyn sat down to give her first-ever interview with ForbesWomen about the scandal, and she might’ve thrown some subtle shade Kylie’s way when opening up about ‘success’ and what it meant to her.As many fans know, before the scandal swept news headlines last year, Jordyn used to live with Kylie in her Calabasas mansion.After being forced to move out and start her own life, Jordyn also revealed how she was able to get through the difficult time in her life.Jordyn also went on to talk about her current projects, and also admitted to only taking on deals that she believes in or is passionate about.I do have to point out that Jordyn DID manage to stay authentic and be super transparent about what really went down between her and Tristan.Although she admitted to kissing Tristan, she denied that anything else happened between them, and even went as far as taking a lie detector test during her first interview since the scandal on Jada Pinkett Smith’s show Red Table Talk.But when it comes to allegedly ‘shading’ Kylie, Jordyn has been anything but transparent considering the subtle digs that lie within her Instagram post.Last April, Jordyn seemingly shaded Kylie’s social media posts flaunting a new nail color, like, every other day.Ok even I’ll be one to admit that these ‘shade’ tweets and posts are a little bit of a reach, especially considering neither of them have really shown an interest in mending their friendship.Jordyn revealed to Jada during the Red Table Talk that, “There has been no relationship, no communication, no plans on meeting up, no conversation,” so maybe it really is time to let the ‘shade’ talk subside…But what do you guys think? Are Jordyn’s comments intended to shade Kylie, or do you think she really is happy having found her own form of success?Get to talking down here in the comments, and then don’t forget to subscribe to our channel and click that bell so you never miss an update.
Then be sure to click right over here to watch another video.Thanks so much for tuning in, I’m your host Emile Ennis Jr., and I’ll see you back here next time! 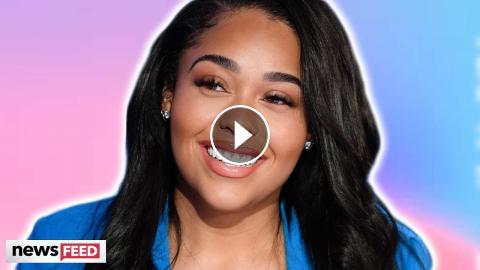 More Celebrity News ►► Kylie Jenner’s ex-BFF Jordyn Woods is in a much better place following last year’s scandal as she talks ‘success’ and what that...