ava
James Corden connects with Kane Brown who is set to perform during the halftime show of the Dallas Cowboys and Washington Football Team game on Thanksgiving Day in partnership with The Salvation Army. After, Kane shares a performance of his song "Worship You." 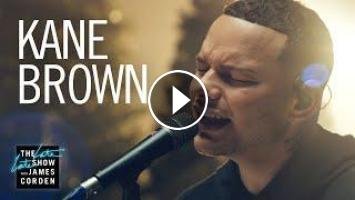 James Corden connects with Kane Brown who is set to perform during the halftime show of the Dallas Cowboys and Washington Football Team game on Thanks...