ava
James welcomes his guests Lily Collins and William Jackson Harper who tells James about his big bout on New Years Eve that very much impressed his girlfriend. And after Lily Collins tells James how she found herself swimming with whales, the "Emily In Paris" star recalls how Parisians reacted to seeing the actress who plays Emily in Paris. 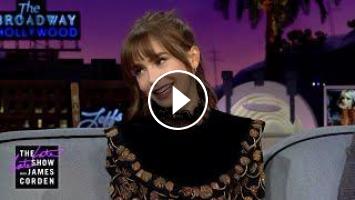 James welcomes his guests Lily Collins and William Jackson Harper who tells James about his big bout on New Years Eve that very much impressed his gir...