ava
James Corden connects with NASA astronauts Bob Behnken and Doug Hurley, who connect live from the International Space Station. And James asks lots of questions about life in space, and the experience of being the first astronauts to pilot a SpaceX craft, which has been compared to flying a giant iPad. 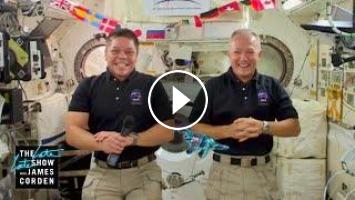