Look, Not Every Episode We Make Is a Classic

ava
After James introduces the night's guest, including Cat Power, the gang dives into some of the more iconic single-named musicians, which leads to writer Louis Waymouth recalling the time he got stuck in a conversation with Kanye West and The Edge. And when James shares we will be in repeats next week, CBS Senior Vice President of Late Night Programming (West Coast) Nick Bernstein catches some heat about our summer vacation.

Look, Not Every Episode We Make Is a Classic 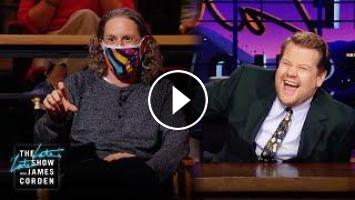 After James introduces the night's guest, including Cat Power, the gang dives into some of the more iconic single-named musicians, which leads to writ...