admin
Best Miley Cyrus Music Videos of All Time►►
More Celebrity News ►►
Well, I hope you’re not at work or with your mom or something right now, because that was Miley Cyrus’s submission to the New York City Porn Film Festival. And yes, that’s a thing, and yes we are seriously talking about it. According to sources, MC submitted her short film titled “Tongue Tied” to the film fest which kicks off on February 27th. Throughout the video we see the singer doing a variety of movements with ribbons that she’s at times pulling on, hanging from and even tying herself up with. IN line with the theme, Miley is more or less naked, wearing underwear, an X of tape on her nipples, before smearing black paint all over her body. The founder of the festival, Simon Leahy apparently had this to say about Miley’s video: It’s a pop take on S&M. She’s starting to become more of a contemporary artist. I think it’s safe to say that Miley is definitely stepping out on her own as an artist – she has a unique point of view and she has a sense of freedom that is undeniably important to be successful artists. As for the whole pop S&M part – well, if you don’t know what that means, google it. When it comes to Miley’s side of this story, well this video was not created for this festival at all. In fact, if you went to her Bangerz tour, you’ve already seen it because it’s the video that played before the star hit the stage. So don’t get it twisted – Miley is not creating porn videos for this New York festival.
So friends, there’s just a whole lot happening here and we need to hear from Smilers – what do you think of this video being submitted to a porn festival. Too much OR totally okay? Hit the comments section to weigh in, then click here to focus on what can all agree on – Miley’s best songs and music videos! If you care to continue this Miley Cyrus chat, you can always tweet me, I’m @JoslynDavis
For More Clevver Visit:
Website:
Like us on Facebook:
Follow us on Twitter:
Keep up with us on Instagram:
Add us to your circles on Google+:
Tweet Me: 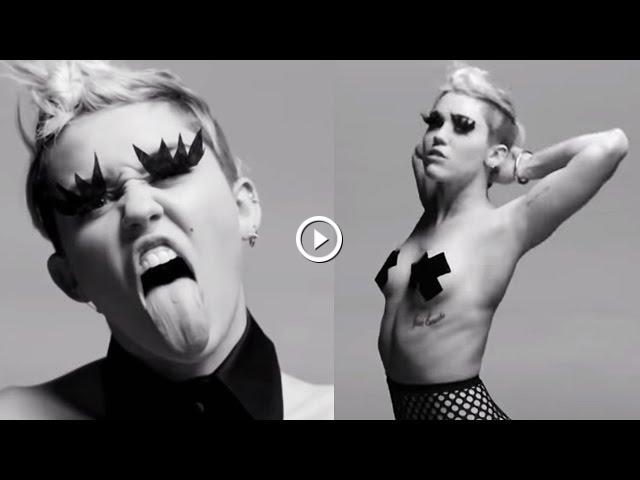 Best Miley Cyrus Music Videos of All Time►►More Celebrity News ►► Well, I hope you’re not at work or with your mom or something right now, because tha...