ava
Something's a little off and it's most likely the fact that James started his day at 3:45am sitting in a van doing a live TV interview. But we press on and learn that the Harry Potter reunion taught us one important thing: the actor who played Neville Longbottom is HOT now. And news of a horrific traffic jam in a snowstorm that stranded Senator Tim Kaine reminds James of the time they pitched then vice presidential nominee Tim Kaine an "Insane In the Membrane" remix. 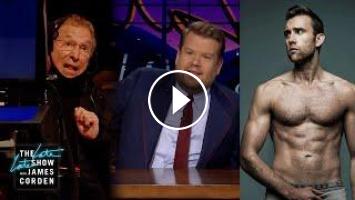 Something's a little off and it's most likely the fact that James started his day at 3:45am sitting in a van doing a live TV interview. But we press o...