ava
James welcomes his guests Penélope Cruz and Jessica Chastain, and James and Jessica recall a vacation with their families that was lovely apart from Jessica being in charge of the nightly movie. And James asks Penélope, who doubles as Dr. Cruz, about the very special touch to her Academy Award. And the two talk about their new film "The 355" which included a trip to the hospital for Jessica. 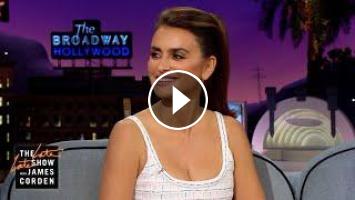 James welcomes his guests Penélope Cruz and Jessica Chastain, and James and Jessica recall a vacation with their families that was lovely apart from J...