ava
Some of our favorite moments from the week of June 27th, The Late Late Show's final trip to London! This week was packed with incredible memories, including a Carpool Karaoke with Lizzo, fun at the White House with President Biden, Spill the Tea with Billie Eilish, amazing guests such as Ed Sheeran and Vin Diesel, feats of amazement from master mentalist Lior Suchard, a bunch of footballers turned actors, fun antics from Reggie and James's dad, and most importantly, our boss Nick Bernstein getting embarrassed in a brand new country. Thanks for a great week of shows! 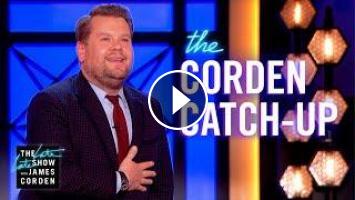 Some of our favorite moments from the week of June 27th, The Late Late Show's final trip to London! This week was packed with incredible memories, inc...