ava
James Corden connects with Tampa Bay Buccaneers tight end Rob Gronkowski from the team bus fresh after their NFC Championship victory over the Green Bay Packers. Rob tells James about the journey of pausing his playing career, only to return and make it to a sixth Super Bowl, which he celebrated by demolishing a cheese and sour cream-filled burrito. 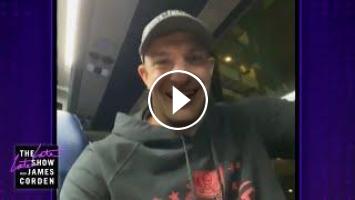 James Corden connects with Tampa Bay Buccaneers tight end Rob Gronkowski from the team bus fresh after their NFC Championship victory over the Green B...