Added 1 week ago by admin
18 Views
More Celebrity News ►►
It’s always fun when two unlikely celebrities start a fling, but let it be known that when it comes to Diplo and Sia, their fling comes in the form of some good ‘ol casual ‘no-strings attached relationship.’
What’s up guys, it’s Sussan Mourad back here on Clevver News, and when Sia comes swinging from a chandelier and asks you for a casual relationship, according to Sia, you give the lady what she wants.
Oh, and in case you’re wondering, this news is not coming from a source, speculation, or a he-said-she-said situation.
Nope. It came straight from the mouth of Sia herself.
I mean… she has a point. I got to chat with Diplo recently at the AMAs and he defintely has a vibe.
Although she didn’t reveal whether or not Diplo took her up on the offer, I’ve gotta hand it to her… mad props for literally just putting it out there.
But despite Diplo’s…….physical…….. assets, Sia went on to explain that Diplo’s personality is also attractive to her.
She said he’s “the sweetest thing in the world, but one of the most insecure boys I’ve ever met.”
I do have to point out that she clarified that he isn’t insecure with his music, but more so with himself and his relationships, saying, QUOTE: “He doesn’t think that he’s good enough at anything. He has crazy low self-esteem. It’s so interesting because he’s one of the most talented and attractive people in the world. But he doesn’t know it.”
Although he does have two kids with ex-girlfriend Kathryn Lockhard, Diplo has previously stated he “doesn’t really believe” in marriage.
He was also interviewed for GQ where he elaborated on his personal life and relationships, saying that he’s found true love with his kids.
He added QUOTE, “I get lonely sometimes, I might have bouts of depression. But my kids, they love me. And they can’t escape me. Any girlfriend would end up breaking up with me because I’m so busy, and I’m just a bad boyfriend. My kids, they literally can’t. My job is to be good to them.”
He also opened up about his ex of five years, M.I.A., who got pregnant with another man’s child when she and and Diplo were considering having one together.
QUOTE, “My ex-girlfriend got pregnant with somebody else and I was like, ‘Damn,’ because we had almost had a baby together. I kind of lost all hope in that relationship. And then I had a kid, probably like a year after that, because I was just like, ‘F–k it, I want a kid.’”
Sooo if you do the math, Diplo has lost all hope in relationships and Sia just wants a no-strings casual relationship… does this not seem like the perfect setup?!
The verdict is still out on Sia’s proposal, buuuut it looks like Diplo might not be taking her up on it any time soon…
Just a few weeks ago, he was spotted getting flirty with Chantel Jeffries while on vacation in Tulum.
The two were seen in the water getting cozy, and it didn’t seem like they cared to keep things underwraps considering Chantel posted a series of photos to Instagram which included Diplo, who was tagged in her post.
With the photos she wrote, “V chill & ready to hear good music tn,” and in the final photo, you see Diplo coming in hot with the good camera angles.
I don’t know about you guys, but leading your girl’s photoshoot earns you the “Boyfriend of Instagram” title, and that title isn’t just given to a casual fling. It’s really just Dating 101…
But going back to Sia and Diplo, I’m curious to hear all your thoughts on her offer, and do you think these two would actually make a cute couple? Get to talking down here in the comments, and then click right over here for another new video.
As always, don’t forget to hit that subscribe button and click that bell so you never miss an update. I’m your host Sussan Mourad and I’ll see you next time!
For More Clevver Visit:
Find us on Facebook:
Keep up with us on Instagram:
Follow us on Twitter:
Tweet Me: 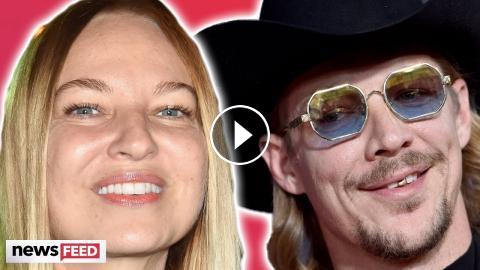 More Celebrity News ►► It’s always fun when two unlikely celebrities start a fling, but let it be known that when it comes to Diplo and Sia, their fli...