ava
It's a big night for regular viewers of our show because CBS Senior Vice President of Late Night Programming (West Coast) Nick Bernstein's big boss, CBS Entertainment President George Cheeks is in the house! And James and Ian debate whether we'll see jet boots in the next 50 years, and whether it's worth getting anti-aging treatment to experience them. 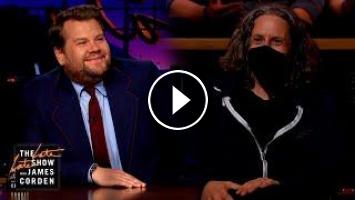