ANDREW Henderson is the world's number one freestyle footballer, a man whose fancy footwork puts the skills of world-class players like Lionel Messi and Cristiano Ronaldo to shame. The 22-year-old, who is based in Kingston-upon-Thames, makes his living travelling the world showcasing his outrageous skills - and he has even been approached to provide the half-time entertainment at this year's World Cup final in the Estádio do Maracanã in Rio de Janeiro. Andrew's ball-juggling abilities have earned him the chance to work alongside footballing superstars like Didier Drogba, while he has even starred in a Playstation game with Argentinian wizard Lionel Messi. Having been crowned world champion in each of the last three years, the Cornwall-born trickster is looking to make it four in a row at this year's tournament in Prague. 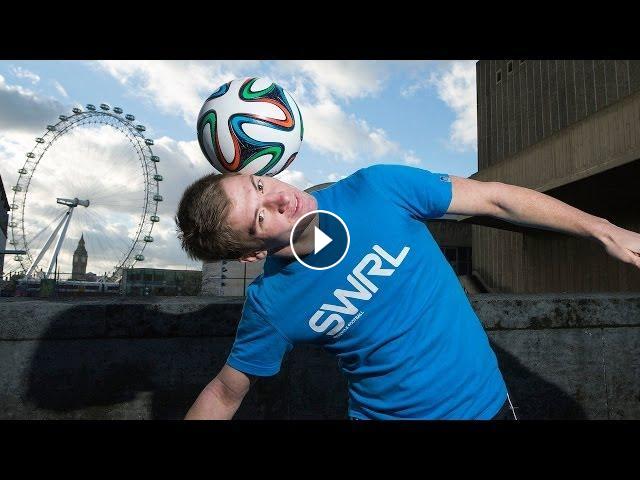