admin
SUBSCRIBE to Barcroft TV:
MEET Gianni Bellini - the man who owns the largest football sticker collection in the world. For most people, collecting football stickers is a mere hobby, but for 54-year-old Gianni it has become a way of life. Gianni started collecting professionally when he was just 19, and more recently, he splashes out around £3,500 every year on new sticker additions. The vast majority of Gianni’s wealth has been spent on his impressive collection that covers leagues from across the globe, from his native Serie A, to the Finnish Veikkausliiga. But the eccentric Italian is sure he would make his money back if he ever decided to sell parts of his collection. He admits that one of his sealed sticker albums, from the 1970 Mexico World Cup, is worth around £1,000 alone. Gianni’s story will feature in The History of Football global TV event, airing on History (excluding USA, Canada, Australia, New Zealand), from May 28th-10th June 2018.
PHOTOGRAPH BY HISTORY A+E / Barcroft Media
Barcroft TV:
Barcroft Animals:
Barcroft Cars:
For more of the amazing side of life:
For the full story, visit BARCROFT.TV:
Like @BarcroftTV on Facebook:
Follow @Barcroft_TV on Twitter:
Check out more videos:
Download Barcroft TV on iOS:
Download Barcroft TV on Android: 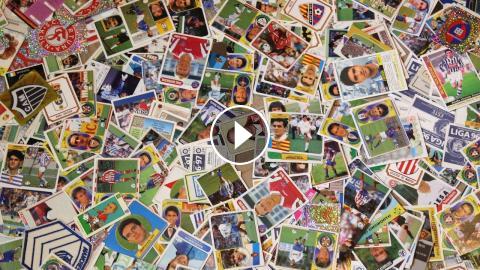 SUBSCRIBE to Barcroft TV: MEET Gianni Bellini - the man who owns the largest football sticker collection in the world. For most people, collecting foo...