ava
From The Late Late Show's virtual greenroom, Phoebe Bridgers reads some funny and surreal dreams about her that people have posted to Twitter. After she delivers a spoken word version of Avril Lavigne's "Complicated", Phoebe shares how any nightmare would still be better than 2020. 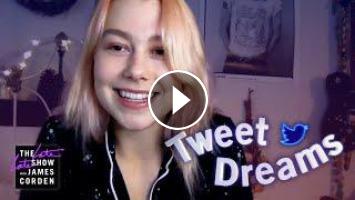 From The Late Late Show's virtual greenroom, Phoebe Bridgers reads some funny and surreal dreams about her that people have posted to Twitter. After s...