ava
James connects with Simon Pegg, who was set to head to Italy and film the next "Mission: Impossible" films as the COVID outbreak swept across the continent. After talking about Tom Cruise's legendary energy, James asks Simon about his new film. And after Simon shares a pair of very cool memorabilia items, Reggie Watts has a question for him. 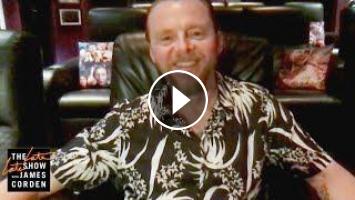 James connects with Simon Pegg, who was set to head to Italy and film the next "Mission: Impossible" films as the COVID outbreak swept acros...