ava
ames Corden reconnects with historian, philosopher and author Yuval Noah Harari after their chat early during quarantine, and the two discuss how humans have handled 10+ months of the pandemic. And the "Sapiens: A Graphic History" author talks about the US presidential election and the dangers of the current split between political ideologies. After, James asks about the rise of conspiracy theories and our seemingly increased vulnerabilities to them. 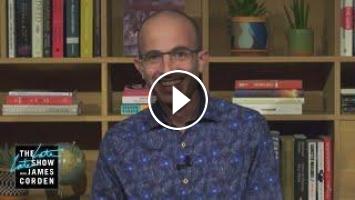 ames Corden reconnects with historian, philosopher and author Yuval Noah Harari after their chat early during quarantine, and the two discuss how huma...