admin
The Twerk Class (Beauty Trippin) ►►
More Celebrity News ►►
Breathe. She liked it. Zayn covers a new issue of Dazed magazine in a sexy leather jacket while staring into our souls with that piercing gaze. But inside the mag’s cover story it’s his revealing encounter with Taylor Swift that has us on high alert. And to what do we owe this chat? Well, Gigi Hadid of course: his GF, her BFF. Zayn told Dazed QUOTE, “I don’t get much feedback from my peers. I spoke a bit to Taylor. At Gigi’s house we briefly spoke and she told me she really enjoyed the album. It was nice to get some feedback. She said she thought I was cool and I kind of blushed a bit and didn’t know how to take it.” Two things in response to that: Taylor thinks Zayn is “cool”. Phew- because that would be really awkward if Tay didn’t like Gigi’s boyfriend. Second, it’s pretty cute that he blushed and didn’t know how to take it. No doubt he felt honored the 10 time Grammy winner loved this music. It’s also nice to see their little Spotify tiff slash Twitter feud is water under the bridge. If you recall, Zayn retweeted a comparison of Taylor Swift’s philosophy on Spotify for musicians versus Miley Cyrus’ outlook. This triggered Taylor’s boyfriend Calvin Harris to step in, engaging in a not-so-nice Twitter back and forth with Zayn. Glad to see that’s no longer an issue and we gotta also point out here: Zigi is definitely still a thing. All those Gigi and Zayn breakup rumors seem to be just rumors. So tell us down below what you think about Taylor’s cool comments about Zayn’s album? Do you agree? What would you do if Taylor paid you a compliment? Tweet me about it @mistykingma and also click on this episode of Beauty Trippin for a trip to twerk school. I’m Misty Kingma I’ll see you soon Internet.
For More Clevver Visit:
Website:
Like us on Facebook:
Follow us on Twitter:
Keep up with us on Instagram:
Add us to your circles on Google+:
Tweet Me: 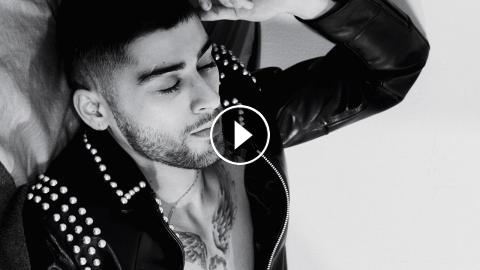