admin
More Celebrity News ►►
What’s up guys its Sussan Mourad here for Clevver News and today, Zendaya’s stunning second Vogue cover story was released, with Zendaya looking like an absolute dream, and we are so here for it!
Zendaya shared a picture of the cover to her Twitter and Instagram with the caption “Waking up to this is an absolute dream. Thank you @voguemagazine for having me again.”
In the article, Vogue gets personal with Z and we learn a lot of new things about Zendaya that you might not already know.
Like, Zendaya has a ‘wall of fame’ of polaroids taped on the stairs of her home, that includes co-star and everyone’s favourite Spider-Man, Tom Holland.
We also learn that Zendaya’s social life currently revolves around the “Euphoria” cast - a new HBO series in which she will be staring. Zendaya said she likes to get the group together for movie nights as well as binge true-crime podcasts - she’s a fan of Serial - and fall down Netflix rabbit holes, like the one in Abducted in Plain Sight.
We also learned that she’s never had her tarot read, although her grandparents got her colors read when she was two. She said to Vogue, QUOTE: “Apparently, my aura is mostly purple, which signals that you’re creative. And then there was a little bit of green, which is like, practical stuff. Business.”
Ok, this is all super cool, but this is not what really got our attention. Zendaya kicked off the interview by saying that she just got another job… her words, “I’m an Uber driver now.”
Zendaya explained to Vogue that while her car is in the shop she’s rented a massive black SUV for the purpose of picking up her half-sister Kizzi’s two daughters from school. So although she isn’t an uber driver that WE can actually call on ourselves, she picks up her 2 nieces from school everyday.
As they pulled up to pick up her 12 year old niece Imani from school, Zendaya said, “I’m going to honk the horn really loud, a bunch of times, and watch—she’ll be so embarrassed.”
Can you believe it? Zendaya is there rolling up to schools everyday on pick up duty?? So you guys, if you happen to be in the neighbourhood and hear a bunch of loud honks from a black SUV, look closely, it could be Zendaya! Although, let’s be honest, if you’re in LA, there’s a LOT of those!
It’s pretty clear and apparent how close Zendaya is with her family from the story and what a cool aunt she is. So although we won’t be able to maybe have Zendaya as our own Uber Driver some day,
So what do you guys think of Zendaya joking about being an Uber Driver for her nieces? And also, did you expect to hear that someone as cool and famous as Zendaya loves pick up duty from school? Let us know your thoughts in the comments section below. Then you can find me on Instagram, Twitter and YouTube at Sussan_Mourad.
After that, click right over here for another new video and always, be sure to subscribe to our channels and click that bell so you never miss an update. Thanks for hanging with me and I’ll catch you later, bye guys.
For More Clevver Visit:
Find us on Facebook:
Keep up with us on Instagram:
Follow us on Twitter:
Tweet Me: 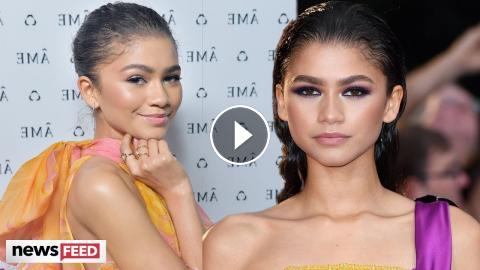