5 Times When: James Put His Body in Jeopardy

5 Times When: James Put His Body in Jeopardy 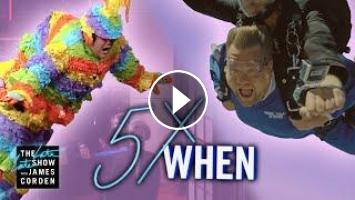 In celebration of five years of The Late Late Show, we're looking back at five of James's most extreme stunts and spectacles, featuring Tom Cruise, El...