ava
James welcomes Aisling Bea and Nicholas Hoult to the show and asks Nicholas about going all-out last Christmas when he played Santa for his son. And Aisling recalls her long days working as an elf and why we need to really show more love to the unsung hero of the holidays. After, Nicholas tells James about a very, very unfortunate incident when he dove in face first to a scene filming this season of "The Great." 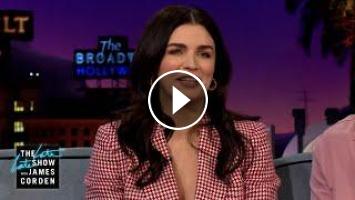 James welcomes Aisling Bea and Nicholas Hoult to the show and asks Nicholas about going all-out last Christmas when he played Santa for his son. And A...