ava
James Corden welcomes Alison Brie to Stage 56 and the "Happiest Season" star arrives in a festive blazer, thrilled to be slowly and safely emerging out of the house. After a debate about high heels, James asks Alison about her and husband Dave Franco adopting two cats and learns she's all-in, wiping up after one of her guys who needs an extra hand because that's what good cat moms do. 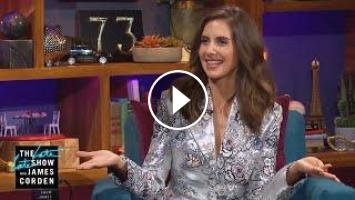 James Corden welcomes Alison Brie to Stage 56 and the "Happiest Season" star arrives in a festive blazer, thrilled to be slowly and safely e...