ava
Stand-up comedian Andrew Sleighter, self-described a geriatric millennial, weighs the discrepancy between his generation's physical and financial health. And when income options became thin during the pandemic, Andrew shares why he didn't choose the "rockstar" route. 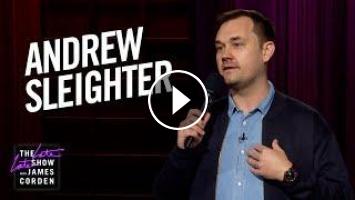