Betty Who: Blow Out My Candle

ava
Late Late Show music guest Betty Who performs her brand-new single "Blow Out My Candle" for the Stage 56 audience.

Betty Who: Blow Out My Candle 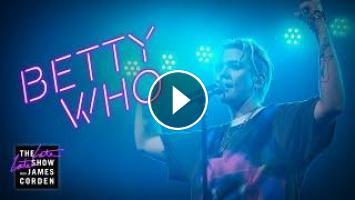