ava
James welcomes Betty Who to the Stage 56 Sipsmith bar and asks her about hosting her upcoming show "The One That Got Away." And James asks her about the inspiration behind her new single "Blow Out My Candle" which she performs for the audience. 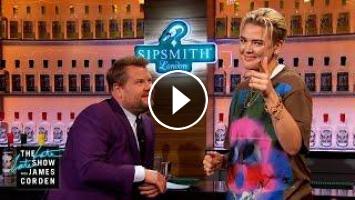 James welcomes Betty Who to the Stage 56 Sipsmith bar and asks her about hosting her upcoming show "The One That Got Away." And James asks h...