Alright, so B fans are pretty depressed to believe that the musician might be confirming this' year's cheating rumors in her relationship. The musician purposely changed the lyrics to her track "Resentment" while performing in Cincinnati over the weekend. In case, you missed it, she sang "been riding with you for 12 years" instead of the normal "6 years" time period -- and while this song is from her B'Day album in 2006, the fact that Beyonce updated the length of time in the lyrics to reflect Jay and B's actual relationship length makes the industry think that she's giving some weight to the rumors -- especially since the "6 years" timeframe was meaningless when the song first came out because the powerhouse couple had only reportedly been dating for 4 years at that point. Here's another listen for the weekend show.

Okay, so do you think that Beyonce is commenting on the rumors that Jay had an affair with designer Rachel Roy -- remember that's supposedly what sparked the whole elevator fight with Solange at the Met Gala?? Or is this lyric change absolutely meaningless?? Weigh in on the situation by posting a comment below... and since this is totally a gossip-driven story, if you liked it, click over here to see our latest episode of Rumor Patrol where we give factual backup or totally dismiss the latest rumors in Hollywood. I'm Dana Ward -- thanks for tuning into ClevverNews. See you guys next time! 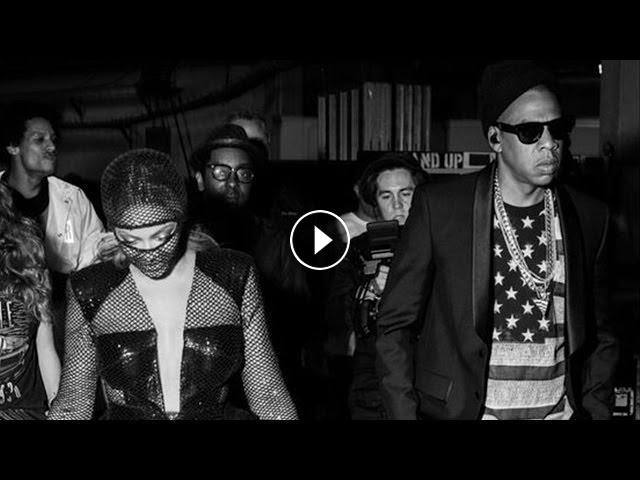 More Celebrity News ►► Selena and Justin snort cocaine? ►► Alright, so B fans are pretty depressed to believe that the musician might be confirming th...