ava
James Corden looks at a prank Josh Pieters & Archie Manning pulled off, booking guests on "The Late Late Show with James Corden" using a soundboard of actual Late Late Show clips and begins to wonder if his job is safe... 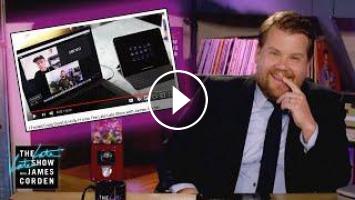