Daniel Craig's Advice for the Next Bond

ava
James chats with "No Time To Die" stars Daniel Craig and Rami Malek, and Rami shares he didn't have to consider accepting a role as the film's villain - it was an instant yes. And Daniel talks about his approach at trying to evolve his portrayal of James Bond over five films before James asks him about what advice he has for the next person to be cast as 007. After, Daniel remembers his early days on the stage when students would throw candy at him (that he ate).

Daniel Craig's Advice for the Next Bond 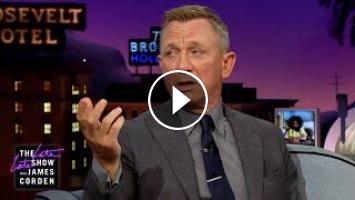 James chats with "No Time To Die" stars Daniel Craig and Rami Malek, and Rami shares he didn't have to consider accepting a role as the film...