Directioners Crushed at One Direction Where We Are Tour Kickoff

Things got dangerous at this weekend's One Direction Where We Are tour kickoff -- with the guys needing to threaten to leave the stage. Alright, so if you didn't hear the news, the group's second show in South America went down in Lima, Peru and it's reported that almost 50 fans were seriously injured at the show. YIKES. The story goes that these unlucky fans were crushed because there was just too much 1D excitement in the arena... and per reports, hundreds of fans were involved, and concert workers needed to set-up pop-up tents for emergency treatment. We hear that most of the Directioners affected were treated for asphyxia AKA abnormal breathing as a result of a severely deficient oxygen supply entering the body... so you know when those jokes about Directionitis went around, well, I'm pretty sure that this Peru happening is a case of that one. And the guys have been busy tweeting out messages of thanks and surprise straight to fans for the strong reception on the Where We Are tour.

In fact, before the official kickoff show in Colombia, the band said in a press conference that they've been massively surprised by the passion the fans show on Twitter -- from video messages to acoustic covers... Alright, so One Direction still has a ton more stops throughout South America, Europe and North America as of now, and there's almost MORE in the works, so let us know if you're set to see the guys on Where We Are.

Directioners Crushed at One Direction Where We Are Tour Kickoff 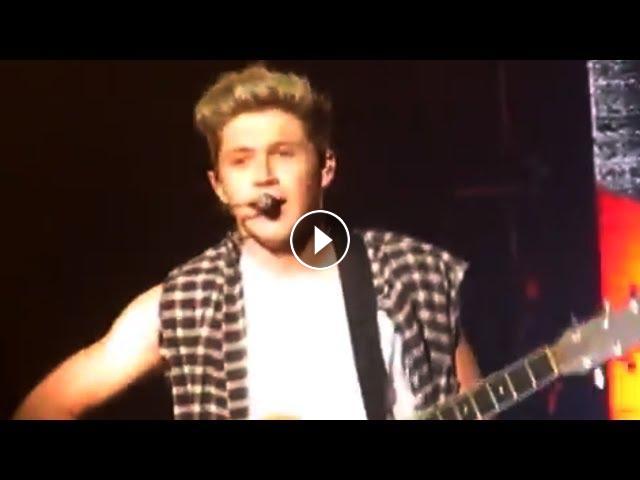 7 Things About 1D ►► More Celebrity News ►► Things got dangerous at this weekend's One Direction Where We Are tour kickoff -- with the guys needing to...