admin
Speculation has reached fever pitch that Prime Minister Dr Mahathir Mohamad will resign.
Malaysiakini's attempts to check with various sources, including the Prime Minister's Office, met with the same response - “wait for the media statement.”
One source, however, claimed that the letter is being prepared to be sent to Istana Negara but Malaysiakini is not yet able to independently verify the claim.
Malaysiakini also learned that top Bersatu leaders are en route to Mahathir's residence at Country Heights, Sri Kembangan.
Meanwhile, Azmin Ali and Zuraida Kamaruddin will be sacked from PKR, according to sources.
Sources told Malaysiakini that the sacking is a done deal, and is only awaiting an official announcement. 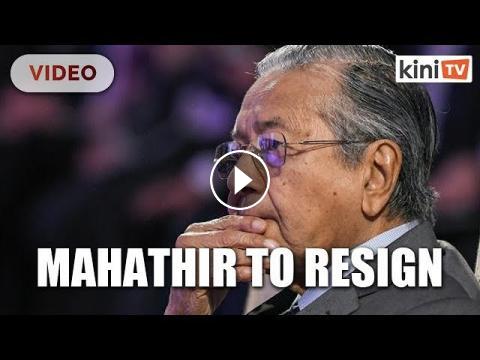