admin
Hudson Thames in in the Hollywire studio!! Not only did we get to interview this heartthrob, but he also gave us a LIVE performance of his new song 'Bigger Than Us'. Hudson talks to us about the details of how the song came to be. He may or may not have had to go a little rogue in Antartica (yes, Antartica) post a bad breakup for this HIT tune to come together. Nonetheless, we're totally here for it, Hudson! And apparently, so is Ariana Grande, as she is following Hudson on Instagram. Watch the full interview for all your exclusive Hudson tea!!
If you don't know Hudson Thames now, you WILL. Hudson is a Hollywood hearttrob and his new music will absolutely make you swoon. He has starred in numerous TV shows and movies. In 2015 he starred in the A-list. He also starred in shows like Greetings from Home, Rule the Mix, and Mailbu Country. Born and raised in Los Angeles, he's pretty much made for stardom from the start. Hudson's his father is also an actor. Therefore, he grew up around the entertainment business. After finding success as an actor like his father, he now he is making soulful and sweet music we LOVE. Hudson Thames can do it all. Be sure to keep up with him and his new music streaming everywhere now!
#HudsonThames #HudsonThamesInterview #ArianaGrande
[Video Specific]
Subscribe
About Hollywire:
Welcome to Hollywire official YouTube channel! Hollywood’s most popular celebrity interviews and trendiest source for lifestyle entertainment!
Hollywire 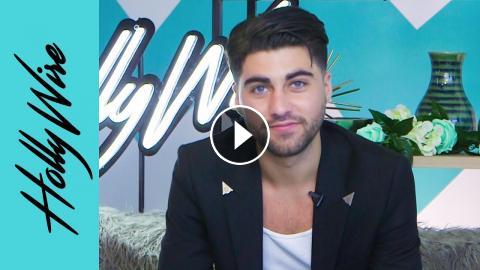 Hudson Thames in in the Hollywire studio!! Not only did we get to interview this heartthrob, but he also gave us a LIVE performance of his new song 'B...