ava
With news of Biden's first international trip, James wonders if we could tag along do an episode from Air Force One with the President on his flight to England. And thanks to Gavin Newsom's recall in California, James thinks Reggie should consider running for Governor. Then, James breaks it to everyone that Burning Man 2021 is canceled and that a new spider has been discovered in Miami. 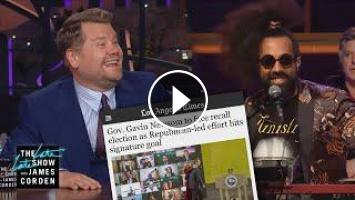 With news of Biden's first international trip, James wonders if we could tag along do an episode from Air Force One with the President on his flight t...