admin
9 Things you didn't know about Justin Bieber►►
More Celebrity News ►►
Let the freak-out commence people, Justin Bieber’s making an appearance on national TV for the first time, in well, in a really long time, all in honor of Ellen Degneres’ birthday show.
Justin sat down with Ellen to wish her a happy birthday by giving her the gift every lady wants on her special day, a hug, some beautiful flowers, and then of course, his special Calvin Klein underwear. Ellen praised JB for landing the big CK gig by saying “I mean…damn.” Then the pair took a walk down memory lane as Ellen recalled the fact that the first time he appeared on her show he was just 15 years old and Justin even revealed that it was the first big TV show he’d ever done. Then he made this admission:
I don’t know about you all, but I really loved this moment with the Biebs – he wasn’t trying to play it cool, he was just honest about how he feels and it was obviously sincere. After this Ellen went on to talk about Justin’s upcoming Roast on Comedy Central – it’s something she said she doesn’t want to be a part of because she doesn’t like being mean to people. SO why in the world did Justin agree to this whole thing?
Can I please get a round of applause for Justin Bieber?!? I love that he wants to laugh at himself, and that he doesn’t take himself too seriously. I think turning 21 is going to be a big moment for him. Even Ellen commented on the fact that she can tell he’s doing really good, he’s straightened up a lot and that he’s taking good care of himself. And we could not agree more! So what are you guys thinking? Are you as glad as I am to see Justin doing so well? Hit us up and let us know and then click here to focus on some great JB facts as we break down 9 things you might not know about this talented guy. I’m Joslyn Davis for Clevver thanks for watching and don’t forget to subscribe!
For More Clevver Visit:
Website:
Like us on Facebook:
Follow us on Twitter:
Keep up with us on Instagram:
Add us to your circles on Google+:
Tweet Me: 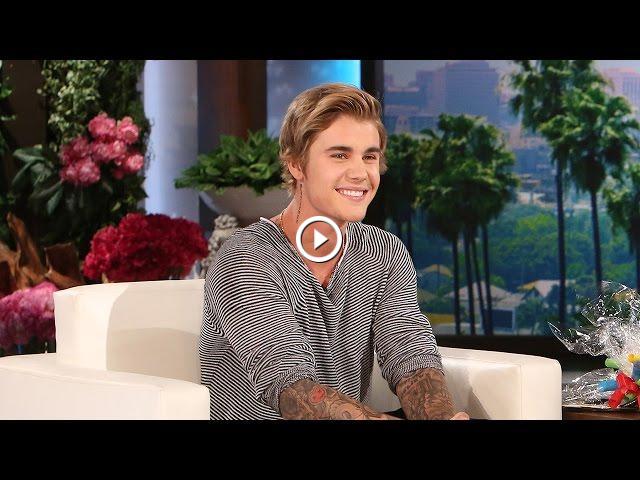