Attention everyone! There’s a new position opening up that any recent college grad would be LUCKY to have! It’s a once in a lifetime opportunity that only comes around so often. It has a generous pay, tons of travel opportunity, and all the lip liner you could ever ask for.What’s up guys it’s Emile Ennis Jr here with Clevver News and Kylie Jenner is looking for a new assistant. Because her current assistant is putting in her two weeks to become… you guessed it, a full time influencer. Victoria has been working for the Kardashian family since 2012, when she was an intern for Kris Jenner’s “Jenner Communications”. In 2015 she was “promoted” to become Kylie’s full-time assistant. At the time, Victoria was 23 and Kylie was just turning 18. She was featured a lot in Kylie’s Snapchat reality show, “Life of Kylie”.Now, 5 years later, Victoria and Kylie are leaving on good terms. A source said, “Victoria wants to be an influencer in her own right and is focusing on that now. Kylie and Victoria are still friends and close. Kylie doesn’t have any bad feelings about Victoria going off to do her own thing and is supportive.”But wouldn’t it have been easier to become an influencer if you were hanging out with Kylie freaking Jenner all the time? Actually, I guess they are still hanging out. Victoria just isn’t on the payroll anymore.Victoria posted a photo of her, Kylie, and Yris Palmer in the back of a …. Limo? Plane? I really don’t know what this is.And apparently neither does Victoria.
Which was probably Kylie’s response when someone asked her how she’s going to plan her next vacation without an assistant. It seems like there was never a time when Victoria WASN’T an influencer. She already has over 900 thousand followers, and is quickly on her way to a million. And apparently, once you reach 1 million followers on Instagram, you can get paid up to 10 thousand dollars for one post. So she might be raking in the money sometime real soon. She was featured in an article in Vogue back in early 2016 along with Kylie.Victoria said at the time “Thank you Ky for letting me follow you around and document your life”And even way back then she was posting photos with Kendall Jenner and a very unamused Ariana GrandeShe’s definitely learned a thing or two about posing from Kylie.And it looks like she’s really gotten to know some of Kylie’s friends personally herself, as well. Though, it seems like Victoria doesn’t have any paid sponsored content on her Instagram account. Except, perhaps, two posts that are advertising Bali Body - a self tanning lotion.But even those two posts don’t have “hashtag ad” on them, so maybe she’s not actually getting paid for them. Maybe she signed a contract when she started being employed by Kylie that she can’t make money off of her own personal instagram - as a part of a term of her employment.Which would certainly be a unique agreement in an employment contract, but a detail that I certainly wouldn’t put past the eagle eyed Kris Jenner with Jenner Communications!n fact, Victoria doesn’t have any photos of Kylie on her page at all. Until her most recent post last night, once she officially told Kylie she was leaving the position as her assistant.So while Victoria is changing career paths so she can post about sugar bear hair gummy vitamins, I’m left wondering what Kylie is going to do! Who is she going to bring as a plus 1 to her older sister’s ex’s new girlfriend’s birthday party?Who will take her Insta-thot pictures of her in her undies?Well, I’m sure Kylie will be just fine when she gets another assistant.And if you think you have what it takes, go find that listing online! I’m sure it’s up on LinkedIn or Indeed or something like that.Just make sure that you meet the qualifications, which are a strong selfie game,Chill beach vibesAnd sticking to a weird eating schedule. No questions asked.But above anything else, Kylie values loyalty. Especially after her whole Jordyn debocal last year.She only keeps her closest, most trustworthy friends around.Sooo if you’re looking to be Kylie’s newest assistant, you might need to already have an in with the family.They say it’s all about who you know! And I guess that’s especially true when you know the Kardashians. Would you guys want to be Kylie’s assistant? What kind of stuff do you think that you would have to do? Let me know what you guys think in the comments below.And then click the subscribe button below if you want to stay up to date on anything going on with Kylie’s staff. We’ll give you some step by step instructions on how to get there, if we hear any more. 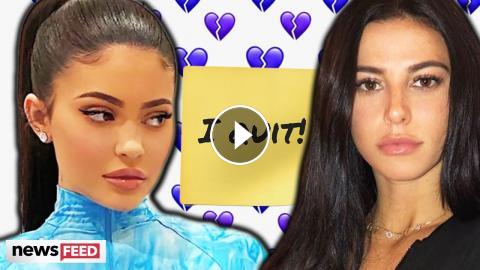 More Celebrity News ►► Attention everyone! There’s a new position opening up that any recent college grad would be LUCKY to have! It’s a once in a lif...