admin
Today’s episode is brought to you by the Un-carrier. Introducing T-Mobile One. All unlimited. ALL IN!
More Celebrity News ►►
I can just hear it now – the sound of Kylie tuning out the haters, because no matter what y’all say, Kylie Cosmetics is the POO, so take a big WHIFF.
Apparently Kylie Jenners’ fans DID take a big whiff and what they didn’t smell, was peaches. Hopes are crushed, money is wasted and worst of all, sniffers are being destroyed left and right all because fans are apparently taking strong hits off of Kylie’s new Royal Peach eyeshadow palette… and the scent of fresh peaches is nothing but a mere illusion.
Kylie released her Royal Peach palette earlier this month which featured 12 shades, a brush and a mirror, and as fans began receiving the palette, many quickly took out their frustrations via Twitter, expressing intense disappointment that the palette did not smell like peaches, but rather strong chemicals, like spray paint and chlorine.
Although this may seem like a completely unreasonable feature to a cosmetics line, this idea of scented shadows stems from popular cosmetics line Too Faced and their entire Sweet Peach collection, which apparently smells AND tastes like peaches, in which fans have compared to Kylie’s peach palette.
Many outraged tweets have been posted about Kylie’s unscented palette, like this one saying QUOTE, “Got my @kyliecosmetics royal peach palette, opened it, and it smells so strong of chemicals and glue that it gave me an instant headache.” Another user tweeted, “So I ordered the Royal Peach Palette to compare to Too Faced Sweet Peach. The Royal palette SMELLS LIKE CHEMICALS OMG IM MAD WTF.”
Because of the unexplained scent, many customers are also tweeting out warnings claiming that the palette may not even be safe to use, like one user, who wrote, “guys please be careful with the new royal peach palette if yours has the smell too. I genuinely don't think it's safe.”
I don’t know about you guys, but last I checked, 99.9% of cosmetics are made up of an assortment of chemicals and, really, not even harmless chemical-based products are safe to aggressively sniff. And considering that Kylie lets her customers in on every little detail about her products, we probably would’ve gotten the memo about a peach-scented palette long before they were even on the market, so while customers continue to express their disappointment, Kylie’s palettes will continue to sell out. It’s only the truth.
But right now, I want to know what you think about the outrage surrounding the royal peach palette, and if you think these customers’ complaints are justified or a little too extreme, so hit us up in the comments and as always don’t forget to hit that subscribe button. Thanks for watching Clevver News I’m your host Drew Dorsey and I’ll see you next time.
For More Clevver Visit:
Like us on Facebook:
Keep up with us on Instagram:
Follow us on Twitter:
Website:
Add us to your circles on Google+:
Tweet Me: 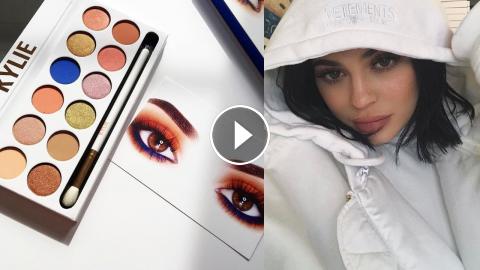 Today’s episode is brought to you by the Un-carrier. Introducing T-Mobile One. All unlimited. ALL IN! More Celebrity News ►► I can just hear it now – ...